Librarian alumni include Casanova and Duchamp, but change is needed in the 21st century 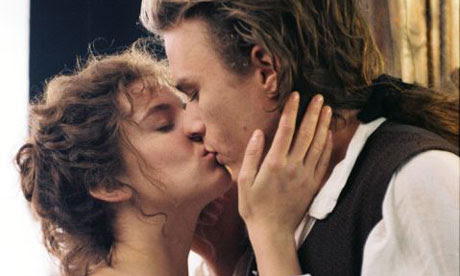 Heath Ledger as Casanova - who was also a librarian. Photograph: Reuters

Most of us were saddened to read about the increase in public library closures and the fall in spending on libraries. But hidden in among those facts was one vital clue to the changing nature of librarianship: spending is up on CDs and DVDs. To traditionalists this is another nail in the coffin: the library as they know it is on a road to ruin filled with screaming children and kids playing computer games. However, reinvention might just be the salvation of the library in the 21st century.

Rem Koolhaas's design for the Seattle Public Library showed that good design and new services could make the library an attraction to rival galleries and cinemas. It's a trend that is being replicated over here. The Whitechapel Idea Store - which replaced the old Whitechapel Library where Isaac Rosenberg was first discovered and nurtured his tentative love of literature - boasts a crèche, CD and DVD lending and, most essentially, free internet access. Is calling it an "Idea Store" a piece of New Labour marketing or a genuine attempt to demystify the library and make it open to new users? It's a tough call, but what is indisputable is that free access to the internet is as important to the cultural fluorescence of today's second generation immigrants as access to the books in Whitechapel Library was to Rosenberg and his contemporaries.

The Bodleian Library in Oxford, one of the six copyright libraries
to receive a copy of each new book published in the UK, recently received a grant to preserve a large part of the digital content left to it by writers and intellectuals. Librarians now find themselves having to act as guides not just to information itself, but to the myriad ways of accessing it that are available. In these libraries of the future, gone are the clichés represented by Philip Larkin and his "loaf-haired" secretary. Technology has unleashed the librarian and, in cyberspace, a new breed of librarians is giving a voice to ideas and worries about the changing nature of the profession. Online you can read "rants about the state of librarianship" from the Annoyed Librarian, "meditations about librarianship and any other issue that interests her" from the Free Range Librarian and "The diary of a library fashionista" from the Lipstick Librarian.

However, this revolution in the nature of libraries and librarianship encompasses more than just the services they now provide. It can also be seen in the very fabric of the buildings.

But grand designs and new uses aside, some of the most important changes are taking place on a much smaller scale. Kentish Town Library's parent and toddler area faces out into the high street and seems to be living proof of the power a library can have to make a community coalesce – the toddlers' seemingly unobtrusive presence is surely a sign of good design and sophisticated librarianship. But it also demonstrates an early familiarisation with, and demystification of, the library for children from a very early age.

Librarians are the gatekeepers and guides to a world in which information is now in abundance, and the democratisation of access to it is of ever-increasing importance. These changes aren't universal, and many libraries still struggle by on shrinking levels of funding. However, it should come as no surprise to us that any profession that can name Giacomo Casanova and Marcel Duchamp among its number is well on the way to reinventing itself and that, despite the cuts, this should be some small cause for celebration.