Librarians fight back against cuts with 'good library guidelines'

New guidelines say that a good library should be accessible, with opening hours which suit local needs, and with regularly refreshed print, audio-visual and online resources 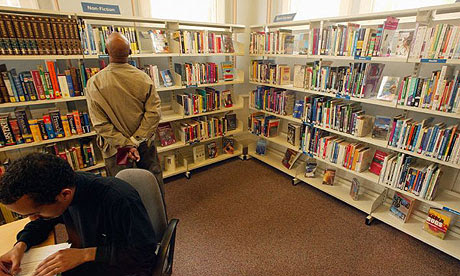 Good libraries should be accessible and well-stocked, according to new guidelines from CILIP, the Chartered Institute of Library and Information Professionals

With the prospect of closure threatening up to a third of the UK's libraries, a group of librarians have put together a set of guidelines to help the sector address its problems.

The CILIP guidelines include the provisions that a good library should be accessible, with opening hours which suit local needs, and with regularly refreshed print, audio-visual and online resources. Staff should be knowledgeable and well-trained, and involved in the local community – especially encouraging those unable or unwilling to visit the library to join.

McKee said that it would be increasingly important that libraries and local authorities understand what is expected of them with the prospect of cuts in the government settlement for the next financial year.
"We know it's going to be a tough spending round and the danger is that if libraries' statutory provision is defined in weak terms, and education and social care are defined in strong terms, then libraries will be squeezed. I've been involved in four government reviews of public library service. Two during the Thatcher/Major years and two during the Blair/Brown years and none of them have managed to produce a clear and comprehensive statement of what is expected of public library provision," said McKee.

He pointed to the situation in the Wirral, where the council's plans to close 11 libraries were dropped last week following local campaigns and a public enquiry. "That's a welcome move, but the financial problems faced by Wirral and other local councils won't go away," he said. "Clear guidance is needed on what local councils are expected to provide in their role as public library authorities ... We hope that the CILIP guidelines will help to provide that clarity and leadership."