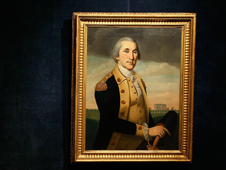 From: www.boston.com
...
“Once I get to know someone and their reading interests, I make direct recommendations as soon as they come in,’’ said Procious, director of the Salem Athenaeum, which celebrates its 200th anniversary with a fund-raiser on Saturday. “I’m cultivating the community if I get people excited about what they’re reading.’’


Since 1810, Salem-area residents have paid for subscriptions to the athenaeum - one of only about 16 membership libraries left in the United States - and have welcomed nonmembers to read free of charge. A 50,000-volume collection testifies to the membership’s evolving, idiosyncratic passions for topics from theology to botany and world travel.
Now as the athenaeum enters its third century, this historic institution faces sobering challenges to its venerable traditions. A $20,000 deficit is the athenaeum’s largest ever, representing 15 percent of its annual budget of about $130,000. Officers strive to recruit new subscribers, but persuading people to pay $90 per year per household for the privilege of checking out books and sustaining a Salem icon isn’t an easy sell in a tough economy. Meanwhile, rare volumes dating to the 16th and 17th centuries are gradually decaying in the absence of funds needed for preservation.

“They’re going to turn to dust,’’ said Francie King, president of the board of trustees. “We just can’t afford to do what it takes to preserve them, unless someone were to give us millions.’’
...
1 comment:

F.C.C. Takes a Close Look at the Unwired
By BRIAN STELTER and JENNA WORTHAM
Published: February 22, 2010

For many Americans, having high-speed access to the Internet at home is as vital as electricity, heat and water. And yet about one-third of the population, 93 million people, have elected not to connect.
A comprehensive survey by the Federal Communications Commission found several barriers to entry, with broadband prices looming largest. The commission will release the findings on Tuesday and employ them as it submits a national broadband plan to Congress next month.
Of the 93 million persons without broadband identified by the study, about 80 million are adults. Small numbers of them access the Internet by dial-up connections, or outside the home at places like offices or libraries, but most never log on anywhere. In a world of digital information, these people are “at a distinct disadvantage,” said John Horrigan, who oversaw the survey for the F.C.C.
Julius Genachowski, the chairman of the F.C.C., is promoting faster and more pervasive broadband infrastructure as a tenet of economic growth and democracy.
The study, conducted last fall, interviewed 5,005 residents by telephone. It indicates that the gap in access is no longer between slower dial-up and faster broadband; the overwhelming majority of people who have Internet access have broadband.
“Overall Internet penetration has been steady in the mid-70 to upper 70 percent range over the last five years,” Mr. Horrigan said in an interview on Monday. “Now we’re at a point where, if you want broadband adoption to go up by any significant measure, you really have to start to eat into the segment of non-Internet-users.”
Those nonusers are disproportionately older and more likely to live in rural areas. Those with household incomes of less than $50,000 are “much less likely” to have broadband access, according to the F.C.C. report.
Asked about the reasons for not having broadband at home, almost half of respondents cited a prohibitive cost, and almost as many said they were uncomfortable using a computer. Forty-five percent answered “yes” to the statement, “I am worried about all the bad things that can happen if I use the Internet.” Others said they viewed the Internet as a waste of time.
Respondents were able to give multiple answers, and most did. Consequently, “policy solutions that provide comprehensive aid to people are most likely to have the most payoff,” Mr. Horrigan said.
Twelve percent of those surveyed who had not adopted broadband said that they could not connect to broadband where they lived. Because this figure is self-reported by the residents, it may not be entirely accurate.
The F.C.C. was mandated by Congress to produce a detailed plan with specific recommendations to hasten the national adoption of broadband in the United States. The plan is expected to be unveiled by the F.C.C. on March 17. It will recommend, among other elements, an expansion of broadband adoption from the current 65 percent to more than 90 percent, Mr. Genachowski said in a blog post on an F.C.C. Web site last week.
1 comment:

In her new book, author Marilyn Johnson argues that, even in the Google age, human beings, namely librarians, are still the best resource for accurate answers. In fact, Johnson says librarians are more important now then ever before. Plus, they're fascinating! They compete in dance competitions and blog about the quirky and downright disgusting behavior of patrons.
Download MP3 | Embed HTML
1 comment:


In her new book, author Marilyn Johnson argues that, even in the Google age, human beings, namely librarians, are still the best resource for accurate answers. In fact, Johnson says librarians are more important now then ever before. Plus, they're fascinating! They compete in dance competitions and blog about the quirky and downright disgusting behavior of patrons.

You can listen using the embedded player shown above or you can download a MP3 here.
1 comment:

Deer checks in, checks out of school library

By Drew C. Wilson
Havelock News
Whether it was to do research or check out the latest Dr. Seuss book, a deer broke through a back-door window and into the library at Graham A. Barden Elementary School Tuesday morning.
Custodian Kelvin Becton discovered the broken window in the library around 6:50 a.m. Assistant principal Christine Covert called Havelock police thinking that someone had broken into the school.
As Becton went to close the front door to the library, he happened to see the back end of a small deer that was perhaps 3 1/2-feet tall run into the library office.
“He said he didn’t see the deer’s head,” Covert said of Becton. “He saw the back of it, and he was a small.”
In a few minutes, the deer checked out of the library, running out the same way it had come in.
“The door opens into a little garden area the students maintain for vegetables,” Covert said. “We also have an acorn tree out there, and it is pretty obvious that he was interested in the acorns.”
The deer’s collision with the door sent glass flying about 30 feet into the library.
“I’ve looked real closely at the glass,” Principal Joan Bjork said. “We don’t see any blood or anything on the glass. Other than having a bad headache, I think he’s going to be OK.”
The only damage was to the glass pane at the bottom of the doorway. There appeared to be no damage to anything in the library. Caution tape sealed off most of the library to students at the school.
“We were afraid he was going to tear up the books, but he didn’t,” Covert said.
Not surprisingly, administrators plan to use the incident to educate students.
“We’re going to use this as a way of teaching children about deer and the loss of habitat and the impact that humans have on wildlife,” Covert said.
1 comment:

There’s going to be a lot of movement around the PATRIOT Act in the next week or two. Maybe not the movement we’d like.

The Bill of Rights Defense Committee is also planning a Lobby Day in Washington for February 3rd. See, Lobby Day to Stop the PATRIOT Act.

If you can’t make it to D.C., you can also sign BORDC’s letter opposing the PATRIOT Act reauthorization, or call your senators and reps using the ALA’s Legislative Action Center.
1 comment: